Golden Triangle with Khajuraho and Varanasi

Tour with driver to discover the imperial cities of the Golden Triangle and visit Delhi, Jaipur, Agra with the beautiful Taj Mahal.
This tour continues with a visit to Gwalior, a city rich in history and one of the most beautiful in Madhya Pradesh thanks to its beautiful fort, Orchha, whose grandeur was captured in the stone of its monuments and frozen over the centuries, ending in Varanasi , one of the most famous religious destinations in India with its bathing ghats along the banks of the Ganga river where it is possible to attend religious ceremonies.

Day 1: Arrival in Delhi
Arrival in Delhi: Welcome to the incredible India! Start your journey to discover India.
Upon your arrival you will find our staff waiting for you at the airport and transfer to the chosen hotel.
Later we will visit some Delhi attractions such as Humayon's Tomb, India Gate, President House and the Old Fort.
Overnight at Hotel.

Day 2: Visit of Delhi
After breakfast, the guided tour of the city of Delhi begins with a visit to the following monuments: Jama Masjid, Chandni Chowk, Qutub Minar, Lotus Temple and Akshardham temple.
The day ends with a rickshaw ride in the crowded Chandni Chowk bazaars and a visit to the Khari Baoli spice market
Overnight at Hotel.

Day 3: Transfer to Jaipur (270 km - 5 hours drive)
After breakfast departure for Jaipur, the Pink city, one of the most fascinating and lively cities in India.
Jaipur is also famous for its silver and precious stone jewelery, carpets and local crafts.
In the afternoon visit to the monkey temple, the sacred place with its 7 Kunds, separate water reservoirs, divided by men, women and even monkeys.
This is really a mystical place, for the position, for the unusual silence and for the bright colors of the women's saris in contrast with the green of the water and maybe even a little for the irreverent monkeys, wild and certainly protagonists!
Overnight at Hotel.

Day 4: Visit of Jaipur and the Amber Fort
After breakfast we will start leaving for Amber Fort which is about 11 km from Jaipur, a fascinating blend of Hindu and Muslim architecture. Built in the 16th century by Raja Man Singh in red sandstone and white marble.
The arrival on the hill where the Amber Fort is located is a unique experience. It goes up in elephant back.
After visiting the Amber Fort we will return to Jaipur where we will continue to visit the city's attractions including the Maharaja Jai ​​Singh, city palace (which houses the royal family), the observatory, the gardens of Ram Niwas, the Hawa Mahal or the palace of the winds that delimits the old part of the city of Jaipur.
We will end the day with a visit to one of the most admired markets in the world, the Johari bazaar famous for its handicrafts, jewelery and precious stones.
Overnight at the hotel.

Day 5: Transfer to Agra (250 km - 5 hours drive) with a stop and visit to Chand Baori and Fatehpur Sikri
After breakfast we will leave for Agra where you can admire the famous Taj Mahal.
On the way we will stop at the famous Chand Baori stepped well, located in the village of Abhaneri near Jaipur, and the fortified city of Fatehpur Sikri, appreciated for its architecture and beauty.
Upon arrival, check-in and overnight at the hotel.

Day 7: Transfer to Gwalior and city tour (123 km - 3 hours drive)
After breakfast, departure for Gwalior, a city rich in history and one of the most beautiful in Madhya Pradesh thanks to its beautiful fort.
Upon arrival check in the hotel.
We will continue the day visiting the tourist attractions of Gwalior such as the Man Mandir, Gujari Mahal (Archaeological Museum), the fort, the various temples of the city such as the Saas Bahu temple, the TeliKa Mandir and the Jai Vilas Palace.
In the evening we will attend the SON-ET-LUMIERE a show of sounds and lights that recreate the history of the Fort.
Overnight at the hotel in Gwalior.

Day 8: Transfer to Orchha (124 km - 3 hours drive)
After breakfast, departure for Orchha.
During the journey we will stop in Jhansi to visit the city and its beautiful fort.
Upon arrival at Orchha check-in at the hotel.
In the afternoon we will visit the historical monuments of Orchha.
The grandeur of ancient Orchha was captured in the stone of its monuments and frozen over the centuries.
In this medieval city rich in palaces and temples built by the Bundela rulers in the 16th and 17th centuries, much of their works have been preserved.
Jehangir Mahal - a multi-tiered palace crowned by the graceful Chhatries has a spectacular view of the temples, pyres and cenotaphs.
Overnight at the hotel in Orchha.

Day 10: day: visit of Khajuraho
After breakfast we will visit the temples of Kjhajuraho which were built by the kings of Chandela between 250 AD and 1050 AD
The most important are the Chaunset Yogini Temple dedicated to the Goddess Kali, the Mahadev Temple, the Chitragupta or Bharatji Temple with a beautiful image of 11 Vishnu, Vishwanath and Nandi temples, Lakshamana Temple, Visha Temple dedicated to Shiva, which is the largest and most characteristic of India.
Overnight at the hotel in Khajuraho.
transfer to Varanasi airport.

Day 11: Departure to Varanasi (8 hours journey)
In the morning departure to Varanasi, one of the oldest cities continuously inhabited on earth and one of the most famous religious destinations in India with its bathing ghats along the banks of the Ganga river where it is possible to attend religious ceremonies.
Upon arrival, check-in at the hotel and relax.
Overnight at hotel in Varanasi.

Day 12: Visit of Varanasi
After breakfast visit to Varanasi and the Bharat Mata Temple with a marble relief of India, the Durga temple, the Tulsi Manas Mandir, the Hindu university of Banaras, which has an art gallery, and to the Mughal mosque of the Emperor Aurangzeb.
In the evening excursion by boat on the river Ganges to watch the various types of ceremony that are held on the ghats.
Overnight at hotel in Varanasi.

Day 13: Visit Sarnath
After breakfast excursion to Sarnath, the Buddhist city where Lord Buddha made his first sermon.
Night at the hotel in Varanasi.

Customize this tour: Golden Triangle with Khajuraho and Varanasi 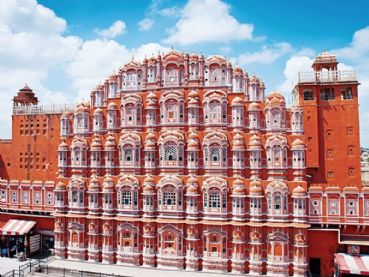 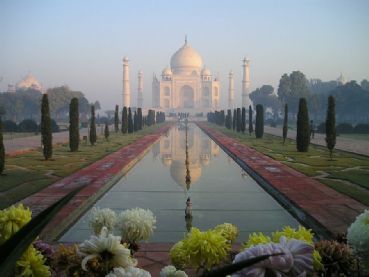 Agra is one of the most popular tourist destinations in India thanks to the presence of one the Seven Wonders of the World: the Taj Mahal. 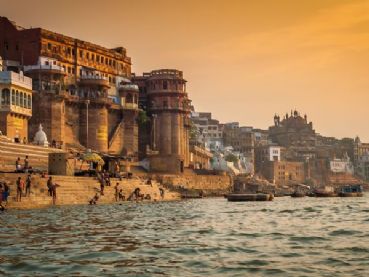 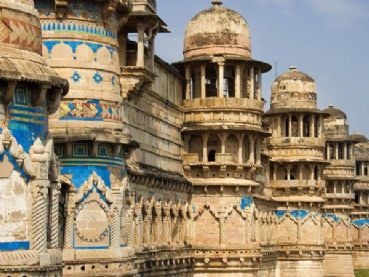 Gwalior is a historically rich and one of the most popular cities of Madhya Pradesh area. 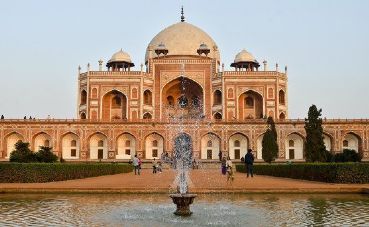 Visit Delhi with its tourist attractions such as the Red Fort, India Gate, Humayun's Tomb and the Qutub Minar. Delhi is usually the first travel experience in India and one of the strongest and most exciting.

Other tours in Golden Triangle

We offer different solutions for your tour in Golden Triangle
Contact US to customize your tour.
CONTACT US